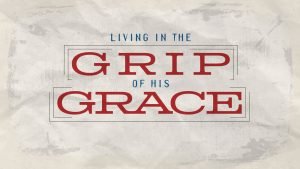 I AM A CHILD OF GOD

For if you live according to the flesh, you will die; but if by the Spirit you put to death the misdeeds of the body, you will live. For those who are led by the Spirit of God are the children of God.

During the summer of 2008, our family was blessed by adding a young man from Ghana named Baffour to come live with us. Baffour was just 13 years old when he joined our family with his adventurous spirit and joyful smile. He lived with us during his entire 8th grade while attending classes at Oaks Christian. Our two younger daughters quickly bonded with Baffour and treated him as a brother rather than an invited guest. Today, he is a grown man, recently engaged, and working for Princeton University. What is most important to us now is that we are family – obviously not his biological family – but family.  We truly love him as a son, and he loves us.  We embraced him into our family like an adopted son and will always consider him as such.

Just like Baffour is now part of our family, as we read these key verses in Romans, Paul reminds us that as followers of Christ, we are His adopted children. We have been redeemed through the death, burial, and resurrection of His son Jesus Christ. We are no longer slaves to sin; we are now His adopted children led by His Spirit.

Final Thought: For today: Have you considered the wondrous joy and blessing it is to be considered one of God’s children?  As such, we have the freedom to walk in His Spirit, His truth, and His strength today.