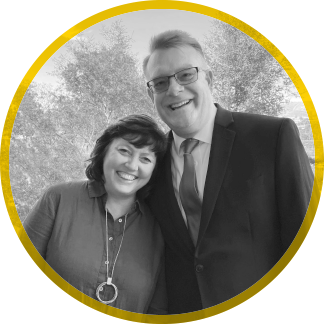 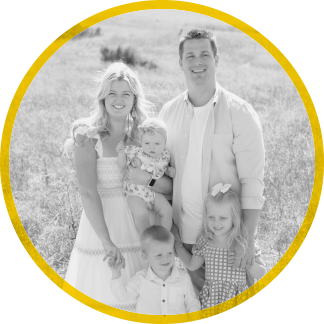 Pastor Brian Howard and his wife, Dani, and his children Grace, Noah, and Hope.

Pastor Shawn Thornton and his wife, Lesli, came to Calvary Community Church in the fall of 2008. Before that time, our church had gone through a difficult season of broken trust and declining attendance. Coming in as a shepherd and a teacher of the Word, Pastor Shawn helped bring Calvary back to health and spiritual vitality. Under his leadership, we have grown in both spiritual depth and numerical reach. Our community has been blessed and encouraged by his preaching, vision-casting, leadership, and shepherding. Pastor Shawn is beloved by the people of Calvary for his scholar’s mind and shepherd’s heart.

In late 2019, Pastor Shawn began to consider his future at Calvary and what the Lord may have for him going forward. His sense was that he was called to finish his ministry career at Calvary but that he would look to transition out of the Senior Pastor role by 2030. This timeline was consistent with a decision made early in his ministry career that he would lead in such a way that empowered the generation that followed him. Following the lead of some of his ministry mentors, Pastor Shawn determined in his 20s that he would step out of any senior pastor role he had by the time he entered his early 60s.

In January and February of 2020, Shawn prayerfully wrote a suggested transition plan regarding his move out of the Senior Pastor role and into the role of Teaching Pastor. He hoped to share this with the elders in April or May of 2020, but the COVID-19 pandemic disrupted that plan. In early 2021, Shawn initiated this discussion with the Elder Board and began the process of exploring what that would mean for his ministry, his family, and our church leadership.

Following that initial discussion, Pastor Shawn and the Elder Board began the process of assessing whether God was calling Pastor Brian Howard to be our next Senior Pastor. This more than year-long process included conversations with Brian and his wife, Dani. The elders conducted interviews monthly during that year with Brian regarding his theology, ministry leadership, and vision. Each elder was a part of interviewing a Calvary staff member who had worked with Brian on a regular basis since he started his ministry at the church. In June of 2022, the Elder Board unanimously and enthusiastically approved calling Pastor Brian to be the next Senior Pastor at Calvary Community Church. He will succeed Pastor Shawn by 2030 after an intentional transition the elders will lead.

Pastor Brian began serving at Calvary in 2007 as a volunteer small group leader in the high school ministry. He would later become an intern and then serve in various student ministries roles before becoming the high school pastor in 2012. After a remarkable 7 years of growth and momentum in our high school ministry, Pastor Brian transitioned out of the high school pastor role in 2019 and into the role of teaching pastor, where he continued to teach, lead, and shape the ministry of our church. Pastor Brian’s passion for the Word of God, heart for evangelism, love for people, and clarity of communication have been of great encouragement to our church over the past 15 years.

Following the succession plan’s completion by 2030, Pastor Shawn will serve as the Teaching Pastor at Calvary. He will continue to preach, teach, and lead at Calvary for the remainder of his ministry career. Pastor Shawn will be instrumental in building, leading, and directing the Calvary Bible Institute and developing young pastors on our team. He will continue to work closely with Calvary’s Executive Pastor, Jason McMaster, and Senior Pastor, Brian Howard, in shepherding Calvary forward for Christ. 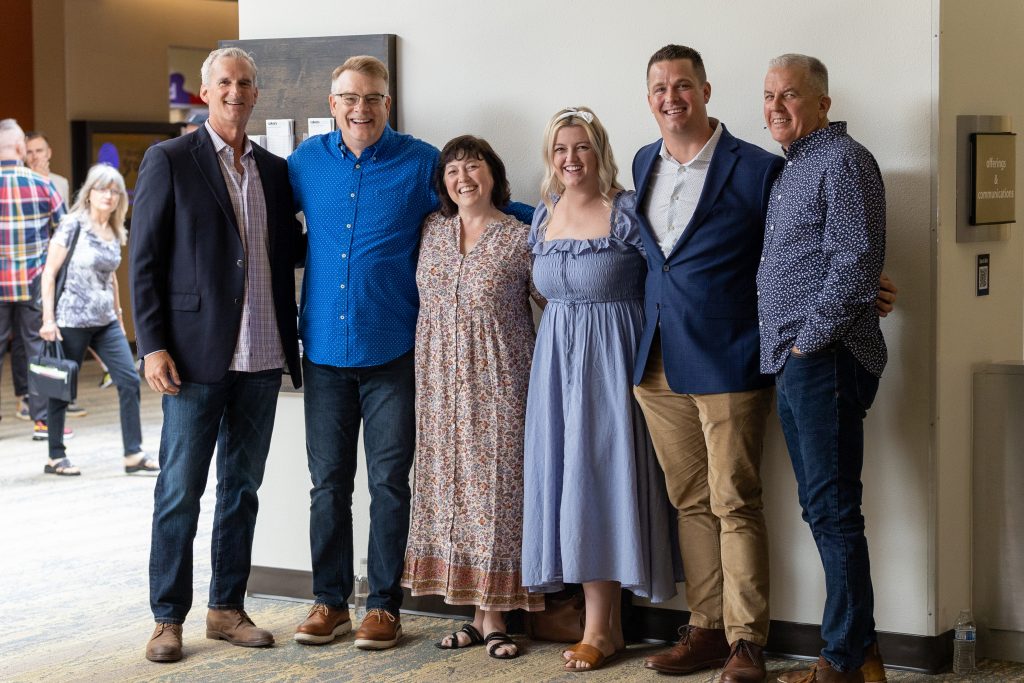 When was this announced?

This was announced to the congregation on September 10th and 11th.  You can find the link to the service above.

Pastor Shawn is our Senior Pastor and is excited to lead us forward into our 2030 Vision.  While he plans on stepping out of the role by the year 2030, his ministry will continue full-speed until that time.

Is Pastor Brian going to be the next Senior Pastor of Calvary Community Church?

The Elders believe that Pastor Brian Howard is called to be the next Senior Pastor of Calvary and will lead a process in which that can happen by 2030. Until that time he will continue to serve as our Teaching Pastor.

After he transitions our of the Senior Pastor role, Pastor Shawn will continue to serve as the Teaching Pastor at Calvary and a key part of our executive leadership.  This role will enable him to focus on new and exciting projects connected with our Calvary 2030 Vision.

Is there anything going on in Pastor Shawn's life that caused him to initiate this?
No. Pastor Shawn is excited about this transition and believes it to be an intentional way of empowering the next generation to lead. There is no ministry problem, health issue or life circumstance that is driving this decision.
Were any outside candidates considered for the role?
No. Given the role Pastor Brian has played in our church, the Elders believed that the best course of action would be to first thoroughly interview him and discern if he would be who God is calling into this role. Given the clear and unanimous sense the board had regarding this call, the Elders did not believe interviewing external candidates to be necessary.
Will the succession plan impact the 2030 Vision?
The succession plan is part of the 2030 Vision!  We believe this fits with our commitment to decisively empower our next generation to reach the world for Jesus.  Pastor Shawn and Pastor Brian are equally excited and committed to seeing this vision through and will work together for the duration of this decade toward that end.
What should we expect from Pastor Brian before he becomes Senior Pastor?
You can continue to expect Brian to preach, lead, shepherd and shape the ministry of Calvary. In addition to an increased preaching presence, he will be working on projects related to the 2030 Vision, developing leaders and shepherding those who call Calvary home.
When will this transition take place?

Pastor Shawn is our Senior Pastor and will continue to lead, preach and shepherd our congregation forward.

In the coming years, the Elders will work to determine the right time for this to happen and work to ensure a smooth transition will take place.  They will work to make sure the timeline is clear to the congregation well in advance of the completion of the succession plan.

How does the Elder Board work at Calvary?
The decision of who will serve as the Senior Pastor is made by the Calvary Community Church Elder Board. This group of 10-12 men who meet the qualifications of 1 Timothy 3 and Titus 1 gather monthly to oversee the leadership, ministry, doctrine, finances and direction of Calvary. Elders serve 3 years terms and when the board wants to add a new member, the candidate is presented to the congregation for comment. The only paid staff member who sits on the Elder Board is the Senior Pastor.
Who can I speak with if I have questions or concerns?
You can contact the Elder board at elders@calvarywestlake.org 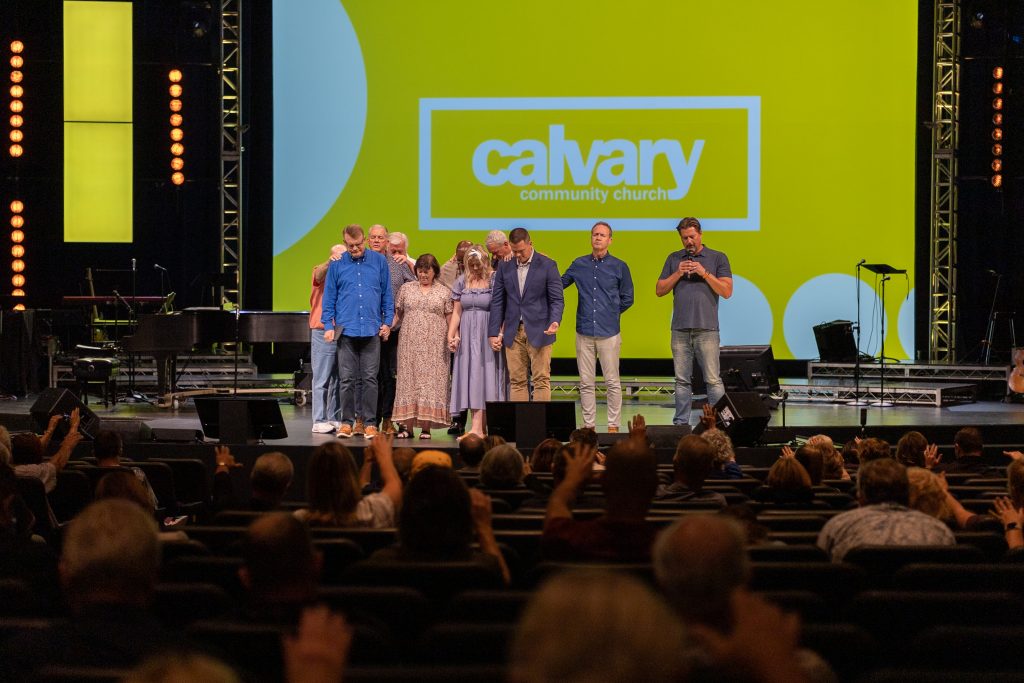